A residential building plot of approximately 0.51 of an acre, with planning granted for a three-bedroom dwelling.

This building plot has an area of approximately 0.51 of an acre on a gently rising slope, with a south facing proposed dwelling. It is substantially enclosed by existing boundary hedges, with a mix of hedging, trees and post and rail fencing bounding its western, eastern and northern sides, with the southern boundary defined by the meandering line of a west-east running stream, alongside which are a number of mature trees. The plot is accessed by a gate located at the southern end of the frontage onto Mill Lane, which forms the eastern boundary of the plot.

The approved design is for a three-bedroomed detached house. The architect has designed the house with traditional barn characteristics in mind, constructed from locally referenced materials including limestone, red brick and clay pantiles, to reflect traditional building design and form, and to complement the character and setting of the local area. The dwelling is positioned on the northern portion of the site and aligned west-east, with its principal elevation facing southwards, overlooking the garden area.

Full planning consent for the erection of a detached dwelling, under reference S20/1104. Details can be sought from the selling agent, or seen on the South Kesteven District Council website. Further planning advice is available by e mail at [email protected]

The owner has information on service connections for water, power and telephone. The National Grid is currently finalising a wayleave for the power connection.

Pickworth is a charming village, located nine miles east of the market town of Grantham, with its regular commuter East Coast Mainline services to London Kings Cross in about 65 mins.

The village is approached by minor lanes, but is also well connected, framed to the east by the A15, the west by the A1 and the north by the A52, which all ensure excellent road links to the market towns of Sleaford, Bourne (both 11 miles) and Grantham.

It is also within the current catchment areas for The King's School and The Girls Grammar School, Grantham and Carre's Grammar School, Sleaford. There are also village schools close by at Ropsley (four miles), Ingoldsby and Osbournby (five miles), private schools at Witham on the Hill (14 miles) and Stamford (19 miles), as well as at Oakham and Uppingham, somewhat further afield.

Digby Close, Tilton On The Hill

Digby Close, Tilton On The Hill
Details
Under Offer 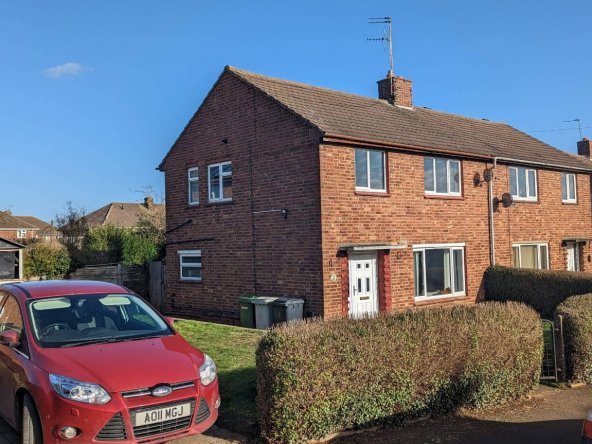